The Brown Scapular and the AR Sisters: A Story of Fate and Faith 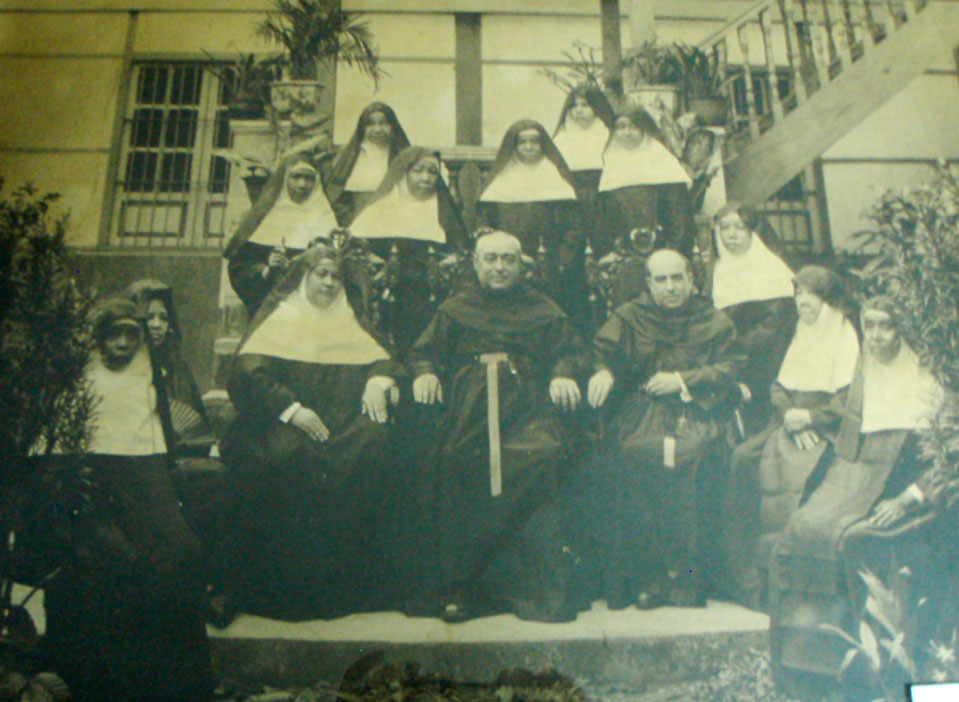 During his brief lecture on the history of the Carmelite devotion among the Augustinian Recollect friars in the Philippines at the Quirino Grandstand last May 4, historian Fr. Emil Quilatan, OAR mentioned in passing an interesting figure: Felipe Sonson.

Sonson, a native of Macabebe, Pampanga, would have gone down in history as another obscure missionary companion of Fr. Diego Luis de San Vitores, SJ (1611–1684) and the Visayan catechist Pedro Calungsod had it not been for the Brown Scapular.

A Filipino Jesuit brother, Sonson suffered the tragic fate of not dying a martyr’s death — at least a kind of martyrdom written in the Church canons, though he was likewise mortally wounded by the same angry Chamorros of Guam.

A reason for this could be that he was still alive when he was being transported by his surviving companions aboard a Galleon heading back to the Philippines. However, he died along the way, and that was where his tragedy primarily lies.

But God, who sees everything and rewards everyone for his obscure sacrifices, seemed to favor him — clearly through the intercession of the Our Lady of Mount Carmel — with a little pat on the back with what happened next.

As his Jesuit brothers were preparing his body, they found underneath his Jesuit habit the Brown Scapular.

As history would have it, this seemingly trivial incident proved critical for the resurgence of his name. This time, it is mentioned side by side neither with St. Pedro Calugsod nor Blessed Diego Luis de San Vitores, but alongside Dionisia (March 12, 1691 – Oct 12, 1732) and Cecilia Rosa Talangpaz (July 16, 1693 – July 31, 1732) of Calumpit, Bulacan.

Sonson was the great grand uncle of the Talangpaz Sisters — the foundresses of the Congregation of the Augustinian Recollects, also called AR Sisters, whose beatification process is ongoing.

History credits him as the one who introduced the Carmelite devotion to the Talangpaz family in Calumpit— a thing so closely connected to the birth of the AR Congregation as we know them today.

A member of the congregation, Sr. Maria Lirio Guillermo,  AR, also gave a talk on the same stage for the quadricentennial anniversary of the arrival of the first image of the Our Lady of Mount Carmel in the Philippines.

She said their congregation is the “fruit of the missionary zeal of the Augustinian Recollect Fathers from Spain and the devotion of the Talangpaz Sisters to the Our Lady of Mount Carmel” — a devotion they received decidedly from their Jesuit great grand uncle.

In 1719, the Talangpas Sisters left family, possession and prestige “to give in to the desires of the restless hearts,” Sr. Guillermo said.

Unable to gain approval of their local parish priest to don the habit of mantelatas or lay tertiaries of the Augustinian Order, they sailed through the Calumpit River, with organized help from their father who was the gobernadorcillo.

Decidedly influenced by the piety and devotion of their uncle Filepe Sonson, the Talangpaz Sisters went in search for the image of the Our Lady of Mount Carmel and were told that it was enshrined at the San Sebastian Church in Calumpang (present-day Quiapo).

They arrived just in time for the feast of the Our Lady of Mount Carmel on July 16, 1719, and settled in a rented cottage proximate to San Sebastian Church.

Soon two other native beatas joined them, and they practiced an austere way of life devoted to prayer and hard work in the Church.

“Their day began and ended by staying close to God and the Blessed Mother,” Sr. Guillermo said. They then petitioned the Recollect Fathers to allow them to don the habit of mantelatas of the Third Order of Saint Augustine, a request which was granted in 1725.

It didn’t take long for Fr. Benito de San Pablo of San Sebastian to take notice and prophesied that their group would soon grow and that many would come and wear the humble habit of the group.

True enough, they began to grow in number, and it was thus that the San Sebastian Church became the cradle of the Congregation of the Augustinian Recollect Sisters.

The sisters began erecting schools in different places, with St. Rita College Manila located in front of San Sebastian having the distinction of being their first school.

On August 19, 1929, Manila Archbishop Michael O’ Doherty signed the decree of the canonical erection of the institute as a Diocesan Congregation.

On November 20, 1970, days before Pope Paul VI came to the Philippines, the AR Sisters received their Decretum Laudis, or their Decree of Praise as a Pontifical Institute.

From being a Beaterio de Terciarias Agustinas Recoletas, the AR Sisters have become a congregation of pontifical rights, a congregation with special devotion to Our Lady of Mount Carmel — an indelible influence wielded undoubtedly by Felipe Sonson on the spirituality of the Talangpaz Sisters.

Until today, the AR Sisters have kept alive the legacy of Mother Dionisia and Mother Cecilia Rosa these past 273 years, living with one mind and heart on the way to God.