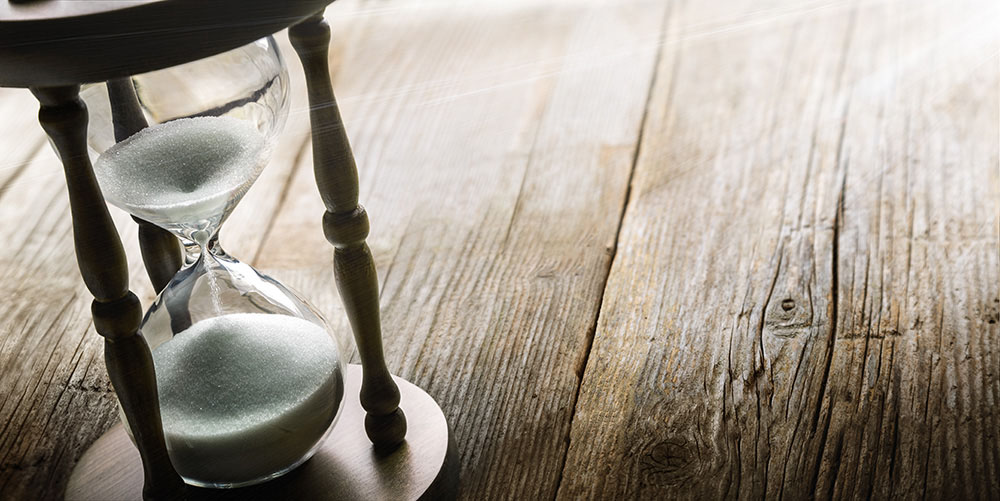 On presenting the meaning of the word “today,” we think of the value of time and its interpretation in the contemporary culture. Time certainly represents a generating theme, applied to multiple expressions and configurations of human life. The Augustinian expression is eloquent concerning the identity of time: If no one asks me I know what it is, but if I seek to explain it, I do not know (Conf, XI, 14).

Our interest and the perspective of the present biblico-catechetical analysis are directed towards the following questions: What is the value of time to the believer? What is its relation to truth and happiness? The “today” of man is in relation to the eternal present of God. We ask how does this category bear on the full freedom of each person and of the whole community of believers?  To make of “today” a significant value? To give meaning to the “today” of life, of interpersonal relationships, of man who puts himself in history and who fights for the truth?

Side by side with this perspective emerges the theme of the fears that are hidden in the “today.” Above all, there are the fears hidden in the hearts of the young. There is the “today” of the answer to the call of love and the family, the duty to fidelity and honesty, the complex market of work, the service in favor of the needy. How shall I live my “today”?The approaches to “today” are very diverse.

Our reflection is directed towards the biblical font to capture the meaning of “today” in the narratives of the Sacred Scriptures but in a more general way, to understand how time is interpreted,lived and celebrated in the people of Israel, in Jesus of Nazareth, and in the primitive Christian community. “Today” is defined in all its realism, above all when there is debate in the midst of suffering and the question of its meaning. “Today”means to be conscious of what one is, of one’s present situation,remembering the past and projecting towards the future. For this reason, time is constituted somehow as the space of our identity.

“Today” (Gk.= semeron) is found 332 time in the Bible (291x in the OT and 41x in the NT) with significant perspectives both theological and pastoral.

“Today” in the Old Testament.

In the vast Old Testament literature the adverb “today”appears in many contexts, used in religious sense as well as profane. Generally, in the profane sense, the adverb manifests a historical situation of the characters who live diverse experiences. In the narratives of Gen 1-11, “today” emphasizes the divine judgment on the action of Cain (Gen 4:14). In the patriarchal history it is Abraham,above all, who experiences the divine providence, when at the zenith of the test of the sacrifice of Isaac he receives on Mount Moriah the confirmation of the Lord’s providence: Abraham called that place “the Lord provides” that is why today it is said “on the mountain the Lord provides” (Gen 22:14).

In the desert road, the manna recalls that Jhwh gives daily food in the “today” (Ex.16:25). The Lord’s fidelity is manifested in the pact of the covenant and in the blessing on the future people who has received the gift of the Law (Ex. 32:29). The promise of fidelity is accomplished in the “today:” Observe what I command you today: I will drive out before you the Amorites, Canaanites, Hittites, Perizzites, Hivites and Jebusites (Ex 34:11).

The theological reflection on the mystery of God and on the election finds it highest expression in Deuteronomy. In this book the act of faith is actualized and it presents the history of the people in a perspective of a road of fidelity to God and the Law. Various times, we find the adverb of time with a notably religious accent. God has fulfilled the promises made to Abraham to raise up a numerous people (Dt. 1:10) that from Moab crosses the confines (cf. Dt 2:18) and remains alive for its fidelity (Dt 4:4; 15:15).

Among the personalities who help us understand the value of the temporal adverb “today”it is worthwhile to recall the figure of Ruth, to whom God granted the gift of maternity in view of the messianic ancestry (Ruth 4:14); David, whose personality dominates the monarchical history (cf. 1 Sam 24:11, 19-20; 26:9-24). Solomon,the wise king, who elevates to God the great prayers for the temple (cf 1 Kgs. 8:28. 61); the scribe Nehemiah who proclaims the reading of the Torah (Neh 9:36); the Queen Esther who intercedes before God and obtains the salvation of her persecuted people (Est 4:17).

Precious also are the proverbs united to the popular wisdom, that teach to evaluate one’s own time, enunciating it with the binomial yesterday/today: Do not boast about tomorrow for you do not know what today may bring forth (Prov.27:1); and another text says: Remember that his fate will also be yours; for him it was yesterday, for you today (Sir 38:22). Sketching the behavior of the fool, in the same book one reads: He gives little and upbraids much, he opens his mouth like a herald; today he lends and tomorrow he asks it back,(Sir 20:15).

“Today” is also evoked in the petitions of the Psalms, where one takes up again the invitation to listen “today” to the voice of the Lord (Ps 94:8) and to proclaim his marvelous deeds (Ps 70:17). The Psalmist contemplates creation that subsists until today by his decree (Ps 118:91); while in Ps 2 we find a messianic sense in the expression: “I will proclaim the decree of the Lord. He said to me: You are my Son, today I have begotten you” (Ps 2:7). Therefore,in the OT today is an anticipation of the fulfillment of time that is fulfilled in the mission of Jesus.

“Today” in the New Testament

With the Incarnation of the Son, the time of salvation is fulfilled. Thus the past history finds its interpretation in the present, i.e., in the “today” of Jesus of Nazareth. It is through his preaching, in words and in miraculous deeds, that the signs of the times can be interpreted. Starting from the Lukan narrative of the Nativity,the Evangelist projects the theological motif of time understood as “history of salvation.” The Angels announce to the shepherds: Today in the City of David, is born to you a Savior, who is Christ the Lord (Lk. 2:11).

The prophecy of the new Davidic kingdom is inaugurated with the coming to the Savior into the world. The time of waiting is over because the Word made flesh (Jn. 1:14) has arrived in the world. In Christological perspective, “today” clearly indicates the motif of the presence of God in the Incarnation: He is here, in the history of humans, with a human face while he walks, speaks, meets people, performs miracles, prays, shares, listens, serves,, comforts those who seek and implore him. Jesus is the “today” for the poor and the suffering, the “today”of the hope that is being fulfilled.

The Gospels offer some particular moments where this adverb of time assumes a notable theological importance. For example, in the Gospel of Luke, the public life of Jesus opens with a solemn Christological presentation in the synagogue of Nazareth: “Today” this Scripture is fulfilled in your hearing (Lk 4:21). Beginning with the evangelization of the poor, the “today” of salvation is made visible to all. Thus the prophetic Scriptures that announced the coming of the Savior are fulfilled in him; sign of contradiction (Lk 2:34) and stumbling block for those who reject the Word of Salvation (Lk 20:17).

It is trust in the providence of God that helps the believers to know how to discern the present time (Lk. 12:28).Conscious of his mission, it is the Lord himself who reveals to his disciples the need to live the “today”, with eyes fixed on the Paschal Sacrifice (Lk. 13:33). The “today” of God, through Christ, opens to the “today” of man! The resurrection of Jesus is the new “today” of history. The apostles and the primitive Christian community proclaim it with the audacity of witness (cf. Acts 2:29; 4:9; 13:33). Particularly, the Pauline reflection clearly manifests the presence of the Christ crucified and risen as the Lord of history(Acts 25:19).

We now detain ourselves in two Biblical pages that help us accept the message contained in the adverb “today”. The first text is the episode in the synagogue of Nazareth (Lk.4:16-30) and the second is the conversion of Zachaeus (Lk. 19:1-10). We deal with two fundamental episodes that shows the expressive force of “today” that indicates the beginning of Messianic fulfillment and the arrival of Salvation.

Today this Scripture has been fulfilled.

He came to Nazareth,where he had been brought up; and he went to the synagogue, as his custom was,on the Sabbath day. And he stood up to read; and there was given to him the scroll of the prophet Isaiah. He opened the scroll and found the place where it was written:

“The Spirit of the Lord is upon me

Because he has anointed me to preach good news to the poor.

He has sent me to proclaim release to the captives

And recovery of sight to the blind,

To set at liberty those who are oppressed,

To proclaim the acceptable year of the Lord.”

Rolling up the scroll, he gave it back to the attendant and sat down; and the eyes of all in the synagogue were fixed on him. And he began to say to them:

And all spoke well of him, and wondered at the gracious words which proceeded out of his mouth; and they said:

And he said to them:

When they heard this, all in the synagogue were filled with wrath. And they rose and put him out of the city, and led him to the brow of the hill on which their city was built, that they might throw him down headlong. But passing through the midst of them he went away.

Today I must stay at your house.

He entered Jericho and was passing through.And there was a man named Zacchaeus; He was a chief tax collector and rich. And he sought to see who Jesus was, but could not, on account of the crowd, because he was small of stature. So he ran on ahead and climbed up into a sycamore tree to see him, for he was to pass that way. And when Jesus came to the place, he looked up and said to him:

So he made haste and came down, and received him joyfully. And when they saw it they all murmured:

And Zacchaeus stood and said to the Lord:

And Jesus said to him:

Our journey ends with Psalm 2. It is one of the most important messianic texts; it shows the victory of God over his enemies and the solemn presentation of the Messiah, called “my Son”. The central message of the Psalm is found in verse 7:“You are my Son, today I have begotten you.”

Why this tumult among nations,

among peoples this useless murmurings?

They arise, the kings of the earth,

princes plot against the Lord and his Anointed.

“Come, let us break their fetters,

come, let us cast off their yoke.”

He who sits in the heavens laughs;

the Lord is laughing them to scorn.

Then he will speak in his anger,

his rage will strike them with terror.

“It is I who have set up my king

on Zion, my holy mountain.”

I will announce the decree of the Lord:

The Lord said to me: “You are my Son.

It is I who have begotten you this day.

Ask and I shall bequeath you the nations,

put the ends of the earth in your possession.

With a rod of iron you will break them,

take warning, rulers of the earth;

serve the Lord with awe

and trembling, pay him your homage

lest he be angry and you perish;

for suddenly his anger will blaze.

Blessed are they who put their trust in God! +