“Casianic Experience”: A Glimpse of My Diaconal Exposure 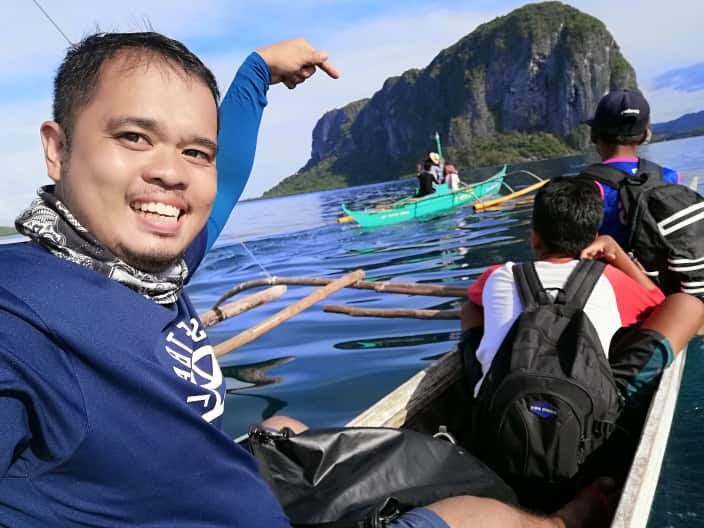 (Note: Here is a glimpse of the life and ministry of an Augustinian Recollect deacon (the author) assigned in the island community of San Isidro Labrador Parish in Casian Island, around two hours by boat from the town of Taytay in mainland Palawan and when seawaters are serene.

Fray Jorr, a native of San Carlos City in Negros Occidental, was ordained deacon on November 17, 2018, together with six others. In mid-December last year, his group were sent to their respective parish assignments for the start of their diaconal practice which is basically described as “one of service in three areas: the Word, the Liturgy, and Charity.” As a deacon, Fray Jorr has to take the ministry of the Word which includes proclaiming the Gospel during the Mass, preaching and teaching. His liturgical ministry includes various parts of the Mass proper to the deacon, including being an ordinary minister of Holy Communion and the proper minister of the chalice when Holy Communion is administered under both kinds. His ministry of charity involves service to the poor and the marginalized and working with parishioners to help them become more involved in such ministry.)

“You cannot really know something until you are there.”

These were the words from a Recollect priest who had dedicated long years in the missions. His wisdom tipped my interest to have this eagerness to also go to the mission territories to experience what is yet unknown to me. Providentially, I was assigned in one of our “local missions” in Palawan for my diaconal exposure, and now I confirm the truth behind those words.

It’s been almost five months since I arrived here in Casian Island, and about six months since I was ordained a deacon. I cannot deny the fact that, so far, the sense of adventure and excitement are the factors that really move me to conquer my fears linked to the sea, and to muster courage to face the challenges in my diaconal assignment.

Many things in this island are new to me:  the means of transportation going to my apostolate is through a boat (of different types) where its engine has always the open possibility to malfunction anytime during the trip, long stems of plants and branches of the trees that are like hands slapping my face and like shackles on my feet as I climb the hill towards the chapel, the need to consult a calendar with indicators for high and low tides to somehow approximate the feasibility of travel despite the unpredictable condition of the sea, and the ubiquitous consciousness to conserve energy due to daily power interruption (from 12 midnight to four o’clock in the afternoon) — all of these bring me the sense of awe to see the interesting side of life in the island, and all of which inspire me to find deeper meaning in my vocation as religious and cleric.

Moreover, as I visit the island chapels and minister to the people, I can feel their enthusiasm. Understandable, because they cannot, say, go to mass, as frequent as the people in the mainland do.   And seeing a minister approaching them, their longing to hear the Word of God becomes immediately evident in their eyes. I am happy for them because I know every time a minister visits them, in their hearts they whisper they have another chance to receive God’s grace.

My brief immersion so far in the apostolate like this cannot be compared with those of others who have already spent many years in the mission apostolate. But all that I have witnessed and experienced in these few adventures in the last few months offered me a more profound awareness of God’s goodness. But then a question still lingers in me: Am I as ready as I was for the first time?

Blessed and joyful. Two days after my arrival here in Casian last December, Fr. Louie Gabinete, the local prior and parish priest, immediately assigned me to Barangay Batas in Batas Island, for the 9-day novena dawn paraliturgy, or equivalent to “Simbang Gabi” if it were dawn masses prior to Christmas Day.

Batas is the newest island chapel handed over (or added) by the Vicariate of Taytay to the Recoletos. I stayed there for 11 days to carry out my responsibilities dutifully, with the people of the island. Two chapels were assigned to me where I minister the paraliturgy, and other tasks covered by my diaconal ministry. One chapel was nearer to where I stayed while the other was at the other side of the same island. In order to get to this second chapel, I had to ride a pump boat, enjoying the splashes of the waves that would douse us and soak our clothes. After disembarking, we had to traverse the middle of the forest for an hour. It was in the dark, mid-section of the forest and then on the top of the mountain that I could not help myself but marvel at God’s creation. From the summit, I would peek below and feast on the beautiful scenery: the blue-green-colored sea studded by islets, the rock formations that could be as big as a cathedral, and the multi-hued sunset. If luckier, I would be able to have a glimpse of the wild boars and wild chickens (known to the locals as “labuyo”).

These, for me, are a blessing and they have formed part of my joyful experiences here. These could never be forgotten nor be replaced. Looking back when I was in Batas Island for 11 days, and when at times I felt lonely and tired, I could still remember how these incredible sights of nature had their own way of firing me up and keeping me going in serving God’s people. I didn’t exactly know how to express it, but there was something in them that reminded me of transcendence.

Fearful but courageous. I always looked forward to doing my apostolate every weekend. Although my missionary zeal would be heavily challenged just by the thought of encountering the raging waves, I still strove to muster enough courage to go to the island chapels.

Actually, it’s not about the location of the apostolate area—whether it is just nearby or there in a remote island; rather, it is the unpredictability of the natural phenomena – the waves of the sea. No one can really guess with prevision how these waves would behave when we are already in the middle of the sea. But, once the bangkeros (boatmen) would warn us that the waves would be too dangerous, our apostolate schedule would be postponed to another day. They would make us understand that anything could go wrong during the trip with that rough sea condition, and help could be so difficult. Although Christopher Paolini is saying, “Without fear there cannot be courage,” there is also such a thing as taking calculated risks.That’s the wisdom behind heeding the advice of these sea experts who know their world better. And that is quite a courageous thing to do, too.

Returning from the second chapel which was on the other side of Batas Island, I would retrace the footpath across the middle of the dark forest for an hour and a half to get to the place where we had docked our pump boat. As darkness began to fall, I would remember the stories of the inhabitants here about the supernatural forces that I might possibly encounter. Integral to the rich history of this remote island are interesting stories about encounters with supernatural elements such as “engkanto” and “wakwak”.These are only two of those creepy creatures that people warned me about. And in that late afternoon when I was on my way home, what the locals told me before “You I might come across them” became more vivid in my imagination. To intensify the eerie ambiance, there were huge trees — so huge that it would take 10 to 12 people to completely circle around their trunks — whose branches would overshadow our path, forming a canopy. Later, I learned that I had also passed by a cemetery. Luckily, though, the moon at that time was so bright that somehow it illuminated the path, at least a portion of the whole stretch, that I was treading. Otherwise, in the middle of the forest, the only source of light would just be my flashlight. All the singing that we did while walking was gradually replaced by the hush of the branches touching our skin. Honestly, I wanted to run at that sound because it seemed so strange and terrifying. But then I entertained the idea that this travel in the middle of the forest was similar to my journey towards priesthood. It could be as dark and, at times, as frightening as this, but I must stand firm and be brave, I told myself. And so I just prayed to get out of the forest alive, in the same way that I prayed, and am praying, in quiet surrender and trust in my journey towards priesthood: “It’s up to You, Lord.”

Yes, all I did, at that time during that long walk, was to pray and surrender everything to the One who is much powerful than all evil forces combined.

Prayer as refuge during high tide. With courage and readiness as well as with the love of God to serve, I was given the strength that I needed to go on despite the challenges in living out my religious life and diaconal commitment in this “Waterworld.” I realized it wasn’t all about the adventures in Casian and Batas Islands and nearby islands; it was also about the amazing grace and blessing of God. I realized that all of those that I experienced and witnessed to were no mere products of chance. They were divinely appointed moments for me. And they, too, were precious opportunities to build a stronger relationship with the Lord Himself by keeping my prayer life ablaze and with that of the community entrusted to me to shepherd. I also re-discovered that those were the renewing source that kept my religious life so attuned to God’s guidance and my mission firm: to share Christ with His people. These also made me cling to the mercy and will of God. And for one more time, I got to re-affirm: prayer life is indeed vital!

While it is not only by the mind but also by the heart that I was able relate effectively with the people here, what is more necessary and fundamental is my faithful relationship with the Lord. This gives effectiveness in my diaconal exposure. Without my relationship with Jesus, I would surely be an islet that can never be a refuge during high tide for anyone lost in the sea.

New perspective to live by. For some, it may seem to be difficult to live and work in a remote island such as here in Casian. Yet the happiness and the contentment that I had since the day I arrived here could never be equalled to as when I could have been assigned in another place. I know that God has always been with me in this community with its unique features and characteristics as an area of local mission. Now, I come to realize that life in the mission is not just about conquering fears, overcoming hardships, taking risks, or challenging oneself; it is also about convincing oneself that he actually has what it takes to live and love the mission itself and to let God do the rest. After all, everything is God’s works and all we have to do is to be His good workmate. As to those who asked me whether I am still as ready to live and work the ‘Casianic’ way as I was the first time I came here, my answer is: No one is ever ready, but I know for sure that I am willing and able!