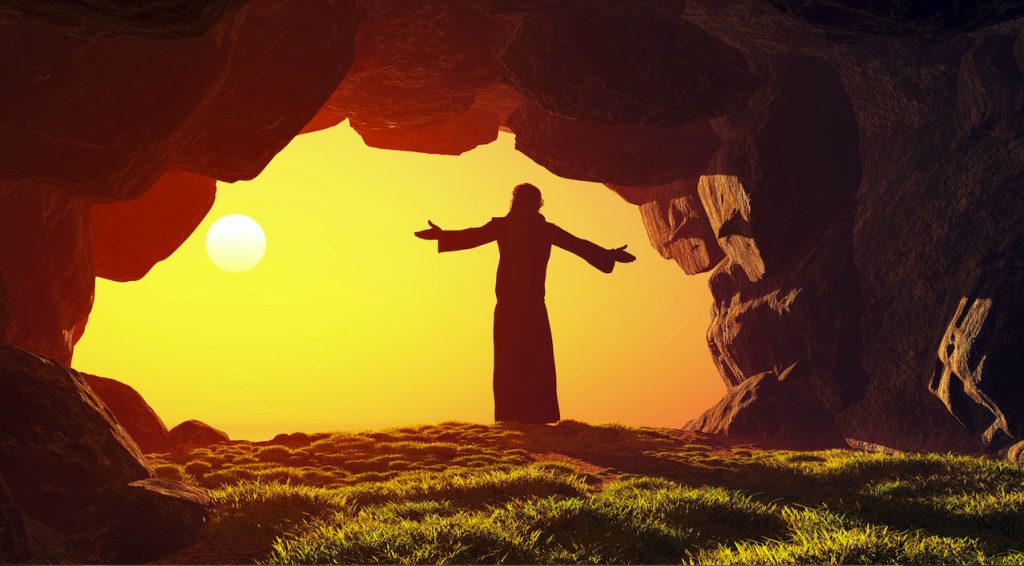 “Well then, the first day of the week, early in the morning, when it was still dark, Mary Magdalene came to the tomb and saw the stone removed. The first day of the week is what Christian custom calls ‘the Lord’s day’ (Dies Dominica) because of the resurrection of the Lord. … Then Mary Magdalene ran and came to Simon Peter and the other disciple whom Jesus loved and told them: ‘They took the Lord from the tomb and we do not know where they put him.’ Some codices, including the Greek, have ‘They took my Lord’ which may imply very intense affection of love or of servitude; but in majority of the codices that I had at my disposition, I have not found this….

Thus Peter and the other disciple went out and came to the tomb. They ran together but the other disciple ran ahead of Peter and arrived first at the tomb. Here one takes note and evaluates the conclusion: how he returns to what was overlooked and which nevertheless is added as though it followed. Thus, even though he had already said: ‘they arrived at the tomb,’ he turns back to narrated how they arrived. He affirms: And having inclined (the beloved disciple) saw the linens in their place; nevertheless, he did not enter. Then Peter arrives after him and entered the tomb and saw the linen in place and the sudarium, which had been covering his head, no placed with the linens, but separately rolled up in a place. Do we suppose that these details did not means anything? I don’t think so. But I must hurry to other things where the necessity of a problem or the obscurity may detain me…. Then the other disciple, who had arrived first at the tomb, also entered. He was the first to arrive and the last to enter. Evidently neither is this light, but I have no time for it. And he saw, he says, and he believed. Some, not being attentive, suppose here that John had believed this: that Jesus arose from the dead; but what follows does not indicate this. Therefore, what does this mean which he immediately adds: ‘they did not yet know the Scripture: that it was necessary that he rise from the dead?’ Therefore, someone who did not know that he had to rise from the dead, he did not believe that he had risen from the dead. Therefore, what did he see, what did he believe? Surely he saw the empty tomb and, since they did not yet know the Scripture –that he had to rise from the dead,- he believed what the woman had said: that they had removed him from the tomb. And therefore, when they heard something from the Lord in person, even though he was speaking very clearly, since they were accustomed to hear him speak in parables and did not understand, they also believed that he was alluding to something else (I.. eu. tr. 120,6. 4. 9).

b. “He saw and believed: for they did not yet understand the scripture that he had to rise from the dead” (Jn. 20:9).

c. Pray with this phrase: “Grant O Lord that I may see and believe in you.”

I propose to you some points for affective interior contemplation. Once again, you need not follow all of it, rather you can choose what fits your personal experience,

a. Contemplate Mary Magdalene and her surprise before an empty tomb. Contemplate how she runs. Experience with her the joy of the resurrection.

Contemplate the Risen Christ who comes out of the tomb.

b. Contemplate Christ’s empty tomb. Enter it with the beloved disciple and observe what things are in it and live the joy of the morning of the resurrection.

Think of everything that you can share with those around you about the experience you had with God, especially concerning the joy of Christ’s resurrection. The following points can help you as guide to share with your community the experience of the lectio divina on this text.

Turning towards the Lord: Lord God, Father Almighty, with pure heart, as far as our feebleness permits, allow us to give you our most devoted and sincere thanks, begging with all our strength from your particular goodness, that you deign to hear our petitions according to your good will, that by your power you may drive away the enemy from all our thoughts and actions; that you increase our faith, govern our mind, and give us spiritual thoughts and bring us to your happiness, through your Son Jesus Christ, our Lord, who with you lives and reigns, in the unity of the Holy Spirit, one God, forever and ever. Amen (en. Ps. 150:8).

“Mary, however, was standing by the tomb, outside, weeping. Indeed, after the men have departed, a strong affection kept the weaker sex in the same place” (Io. eu. tr. 121,1).