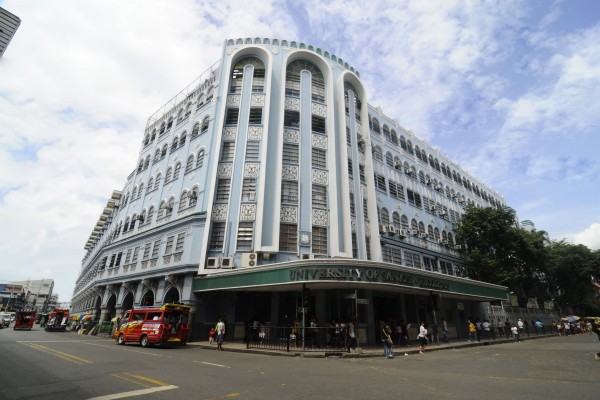 Kristoffer Milan, one of the grand champions, stated in an online interview that JD prepared for the tournament like the usual.

“We had our regular Saturday practices every afternoon, weekday practices twice a week, and during the holidays as well. We have our own Discord server where we hold our practices instead of the usual classroom set-up,” he said.

Jade Alcomendras, Milan’s debate partner and also one of the grand champions, said that the VUDC-BP on Discord was very different and new to them.

“One thing that makes it different is the fact that I cannot see the person’s emotions since I could only hear their voices. I could not see their reactions when delivering my speech,” she stated.

Milan shared that the online tournament lacks tension unlike when he personally sees their opponents listening to them and vice versa, and the presence of their teammates in the tournament is missing.

“Other than that, the fun of being with your teammates during announcements, during downtimes, and even after the tournament is missing,” he said.

Milan also added that “One of the best things about a tournament is that you get to meet new people, and bond with the friends you’ve already made. I think online tournaments take that away more than anything.”

During the tournament, Alcomendras said that she experienced sudden disconnections and unnecessary background noises during the competition.

“I got disconnected a lot of times and every time it happened, I get anxious. Luckily, I was reconnected and it didn’t harm my speech delivery. As for the background noise, I’d transfer from place to place so I won’t be bothered. Aside from debating, I had a fun time running to and fro in between rounds,” she stated.

Milan also shared the same disconnection problem with Alcomendras. During finals, he got disconnected in the middle of his speech.

“It was around the 30th second of the 6th minute when I heard ‘Milan? I think he’s disconnected’. I, fortunately, never had to experience disconnection during tournaments in the past few months [but] it happened during finals. Thankfully, the reliable disconnect-reconnect fix worked every time.”

In terms of strategies, Milan shared that his preparation and team dynamics with Alcomendras remained the same. However, it was more challenging.

“We have to rely on [messages] in lieu of whispers during the round which made it a bit more difficult. This is also more challenging when it comes to adjusting to the opponent’s cases. Post-round analyses were also a bit different since we had to do it through chats or calls which lessens its efficiency,” he explained.

Alcomendras then said that the COVID-19 pandemic did not stop them from joining. She also thanked the important people who contributed to their success.

“We were assisted by our JD Alumni through sessions that talked about debate strategies and principles. And of course, all of these would not be possible without the guidance and dedication of our coach, Mr. Philip Hope Mamugay. We would also like to thank the ever-supportive USJ-R Religious and Lay Administrators for believing in the Josenian Debatista,” she said.

According to Milan and Alcomendras, defending the championship title held a lot of pressure since both of them were also last year’s champions. They placed second in the first two rounds of the tournament and it was disappointing on their part. Nevertheless, they ended up breaking second and eventually won.

The 6th VUDC-BP was hosted by the University of the Philippines (UP) Cebu.

The following is the complete list of the JD winners for the VUDC-BP.