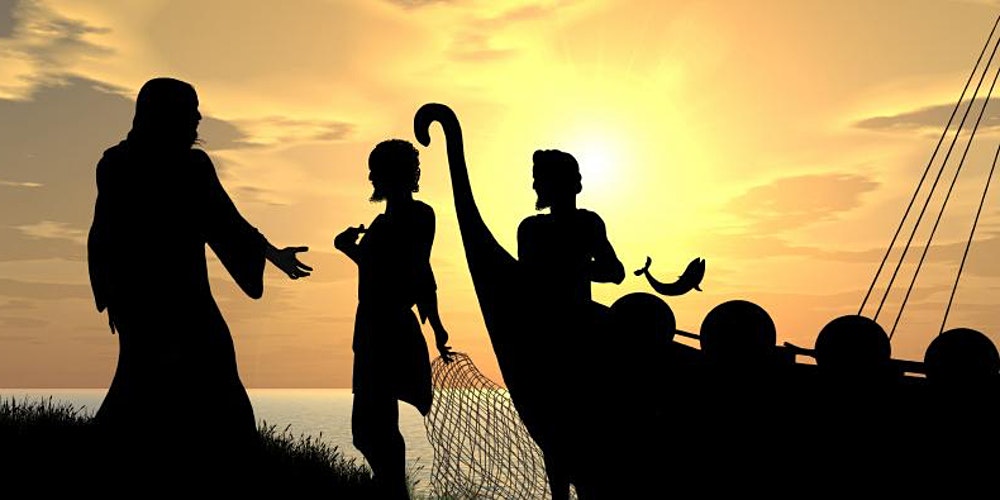 After John had been arrested, Jesus came to Galilee proclaiming the Gospel of God.“ This is the time of fulfillment. The kingdom of God is at hand. Repent, and believe in the Gospel.”  As he passed by the Sea of Galilee, he saw Simon and his brother Andrew casting their nets into the sea; they were fishermen.  Jesus said to them, “Come after me, and I will make you fishers of men.”  Then they abandoned their nets and followed him. He walked along a little farther and saw James, the son of Zebedee, and his brother John. They too were in a boat mending their nets.  Then he called them. So they left their father Zebedee in the boat along with the hired men and followed him.

St. Augustine reminds us that we need to be converted, as the Gospel says, because man’s life is short and he himself is fragile and weak. In the following text that we present, St. Augustine makes an interesting comparison between the life of man and a crystal vase, the Bishop of Hippo concluding that man is still more fragile than a crystal vase: Now, our Lord Jesus Christ  began his proclamation of the Gospel thus: Repent, because the kingdom of heaven is at hand… Therefore, let each one wisely accept the warnings of the Master so as not to waste the time of mercy from the Savior which is provided in this epoch of mercy for the human race. Actually, man is forgiven that he may be converted and there be no one condemned…. I do not know if the end of the world will find any of us here. Perhaps not. But the end of time is near for each one of us, because we are mortals. We walk in the midst of falls. If we were of glass, we might fear less these falls. What is more fragile than a crystal vase? Nevertheless, it is preserved and lasts for centuries. Although of a crystal vase one fears that it may fall, of it there is no fear of old age nor of fever. Therefore, we are more weak and fragile, and because of our fragility, we fear at every moment the accidents of which human life is full. And even though these accidents do not happen, time flies. Man can avoid a blow, but can he perhaps avoid death?” (s. 109,1).

On the other hand, it is important to consider that the Lord called the apostles when they were still fishermen in order to make them fishers of men. They left everything and followed him: “The Lord called them (the apostles); therefore, they were fishermen when he said to them: Come after me, and I will make you fishers of men. For sure, they followed him then to adhere to him as Master, after having left everything, to the point that, when that rich young man departed from him sad, to whom he had said: “Go, sell and give to the poor what you possess, and you will have a treasure in heaven; and come, follow me, Peter said to him: Behold we have abandoned everything and we have followed you” (Io. eu. tr. 122,2).

St. Augustine also emphasized that the apostles, once called, received the nets of the Word of God to gain a good catch for God. In fact, in the ancient Christian art the image of the fisherman and the catch in the net represent that the Christian has been rescued and taken from the sea of this world, a sea that was always turbulent because of the passions that move it: “The Lord Jesus found his disciples dedicated to fishing when for the first time he called them to follow him… Then he said to them: Come and I will make you fishers of men. They received from him the nets of the Word of God, they threw them into the world as if it were a deep sea and they captured the multitude of Christians whom we see and make us to admire. Those two boats symbolize two peoples, that of the Jews and that of the Gentiles, that of the Synagogue and that of the Church” (s. 248,2).

With the text, let us now pray from the depths of our heart. I suggest the following phrases and questions that can awaken in you dialogue with God. and at the same time can give rise to affections and sentiments in your dialogue with God. Do not move to the next phrase or question if you can still continue dialoguing with God in one of them. It is not a matter of exhausting the list, but of helping you to pray with some points that better fit your personal experience.

b. “Come, follow me, and I will make you fishers of men. Immediately, leaving the nets they followed him” (Mk. 1:17).

a. Experience and contemplate in your interior Christ passing by the lake and calling you to follow him. Imagine your response, pay attention to your sentiment and affection in face of this call and the sequela Christi you make by the shore of the lake.

b. Since Christ calls us to conversion, contemplate and experience in your interior how the Word of God and the hands of Christ himself molds your heart so that you may abandon your worldly desires and be oriented towards God. Contemplate Christ molding your heart and be docile.

Think of everything that you can share with those around you about the experience you had with God, especially about the invitation to conversion, as well as the call of God and the mission he has entrusted to you. The following points can help you share with your community the experience of the lectio divina on this text.

Turning towards the Lord: Lord God, Father Almighty, with pure heart, as far as our littleness permits, allow us to give you our most devoted and sincere thanks, begging with all our strength from your particular goodness, that you deign to hear our petitions according to your goodwill, that by your power you may drive away the enemy from all our thoughts and actions, that you increase our faith, govern our mind and give us spiritual thoughts and bring us to your happiness, through your Son Jesus Christ, our Lord, who with you lives and reigns in the unity of the Holy Spirit, one God, forever and ever. Amen (en, Ps. 150:8).