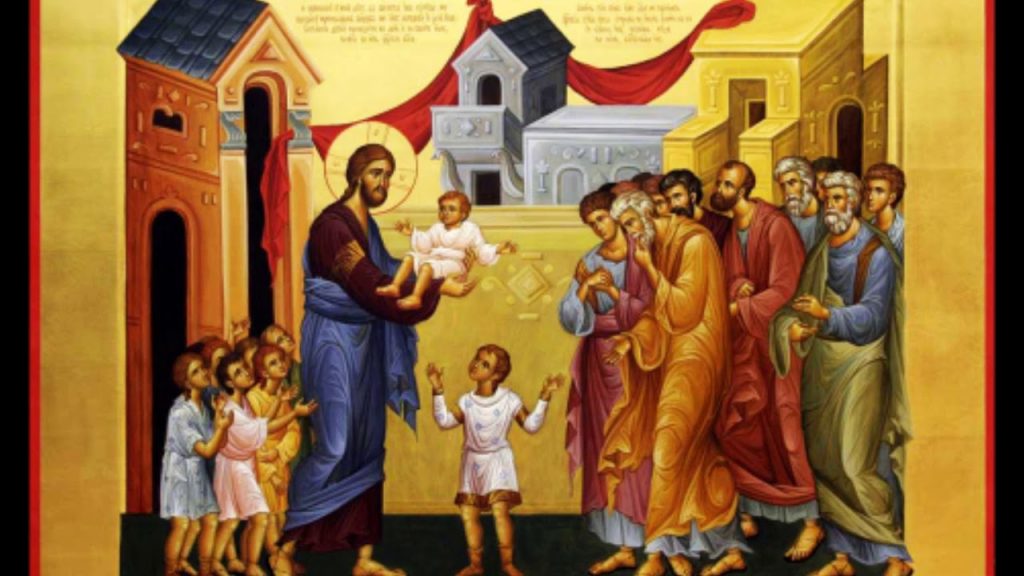 They left from there and began a journey through Galilee, but he did not wish anyone to know about it. He was teaching his disciples and telling them, “The Son of Man is to be handed over to men and they will kill him, and three days after his death he will rise.” But they did not understand the saying, and they were afraid to question him.

They came to Capernaum and, once inside the house, he began to ask them, “What were you arguing about on the way?” But they remained silent. They had been discussing among themselves on the way who was the greatest. Then he sat down, called the Twelve, and said to them, “If anyone wishes to be first, he shall be the last of all and the servant of all.” Taking a child he placed it in their midst, and putting his arms around it he said to them, Whoever receives one child such as this in my name, receives me, and whoever receives me, receives not me but the One who sent me.”

St. Augustine has left us one of his best commentaries on this Gospel text gathered from a sermon directed to a new bishop. Even though the sermon has an episcopal tone and of inviting the new bishop to serve his people, the Augustinian words can serve for our meditation.

•How do you serve your brothers?
•In a world the seeks notoriety and visibility, up to what point do you want to be the last?

•Why is it important for you to live your faith like a child?
•What does Jesus’ gesture mean for you, that he took a child into his arms and put him in the midst of the Apostles?

a. Contemplate Christ embracing a child and putting him in the midst of his disciples inviting them to humility. Contemplate, admire and learn to be humble.

b. Contemplate how Christ invites you to follow him along the road of humility and the road of silent service. Contemplate how Jesus did not come to be served, to be every day in Facebook, but to serve and to surrender his life for love. Verify your feelings and your commitment to faith.