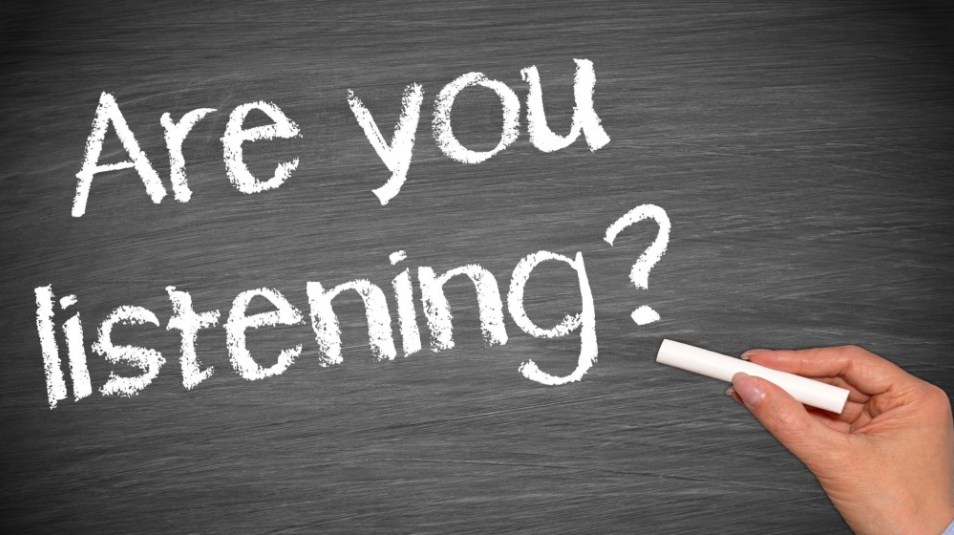 To listen is not the same as to hear. To listen is to giveattention, it is being attentive to what is being said, it is opening the ears of the body and of the heart. To listen is to remove the barriers and the filters of prejudices in order to be open to welcome the word of the other. The God revealed by Jesus Christ is a God who not only speaks and communicates with his people, but is a God who listens, who inclines his ear to listen particularly to the little one and the downcast, one who is weak in body and in spirit to speak. God’s listening is attentive and does not go unperceived as he told Daniel who thought that his petitions and pleas fell into a void, but on the contrary from the first moment that he started to speak, God had started to listen (Dan. 10:12). In imitation of God who invites his people to listen (DT6, 4), one of the verbs of synodality is “listen”. Along the road that we travel as the people of God towards the house of the Father we are called to learn to listen to the brothers, as an indispensable requirement of dialogue, of discernment and of sharing as the people of God. Thus we shall dedicate the recollection of this month to reflect on the verb “to listen”.

We invite you to lay aside your preoccupations and that you dispose yourself to live this day of recollection. Today we are asked in a singular way to open the ears of the heart to listen: to God and to the brothers.

Only one is the preoccupation imposed on us: to listen to the voice of the Shepherd. Now is our time to listen, because even He has not assumed the time to judge. He, who speaks, now is silent. He speaks through the Commandments, he is silent as judge (s. 47, 4).

Your voice is my joy.

Accept and meditate on the Word of God that today illumines our day of recollection and today invites us to develop our capacity to listen, and be attentive to the voice of God and of the brothers.

5 In Gibeon The Lord appeared to Solomon in a dream at night. God said, “Ask something of me and I will give it to you.” 6 Solomon answered: “You have shown great favor to your servant my father David, because he behaved faithfully toward you, with justice and an upright heart, and you have continued this great favor toward him, even today seating a son of him on his throne. 7 O Lord, my God, you have made me, your servant, king to succeed my father David, but I am a mere youth, not knowing at all how to act. 8 I serve you in the midst of the people whom you have chosen, a people so vast that it cannot be numbered or counted. 9 Give your servant, therefore, an understanding heart to judge your people and to distinguish right from wrong. For who is able to govern this vast people of yours?”

The firmament of the Scriptures.

In the Old Testament the figure of King Solomon is highlighted as a king who governs and brings the people of God along the road of peace and prosperity. The Sacred Text does not conform with the description of Solomon’s wisdom in distinct occasions, but rather it seeks for the cause. Solomon does not govern by his own will, but has a key moment of great theological value.

The Lord appears to him in dreams in Gibeon, where the main sanctuary was found at that time, and tells Solomon to ask him for what he wants. In the verse 9 we find the nucleus of Solomon’s petition: “give to your servant a heart that listens” would be a literal translation of the Hebrew text. The Jerusalem Bible translates “give to your servant a heart attentive to judge” which does not reflect very well the original text.

We clearly find here the root shm, that is repeated constantly in the Scriptures. The emblematic text is Dt. 4:1 “Hear, O Israel the commands and decrees….” To listen must be a continuous act of the believer. The Lord manifests himself in the act of listening, in being attentive to his will, because he does not reveal himself only in apparitions or in marvelous or supernatural actions, but also in attentive listening in the dialogue of prayer.

The Wisdom of Solomon is rooted in that petition he makes to the Lord, and the Lord himself grants it. That is why his reign acquires a fame beyond the frontiers of Israel: God granted Solomon extraordinary wisdom and intelligence and a heart as open as the beaches of the shores of the sea (….) they came from all peoples to listen to the wisdom of Solomon, bringing gifts from all the kings of the earth who had news of his wisdom” (1 Kg 5:9-14).

Contrary to a heart that listens we can find in the expressions “hardened, callous, insensitive” hearts (πꞷϱꞷσει : Mk.3:5) , as St. Mark describes them in his Gospel, when referring to the Pharisees who were not disposed to lose their privileges and benefices. On the other hand, it must be pointed out that having a heart that listens to the people, brings Solomon to discern (v.9) –another synodal word- , between the good and the evil. The text invites us to live the synodal process, begging God for a heart that knows how to listen, that is attentive to the voice of God and of the brothers, to be able to move forward along the road of synodality.

St. Augustine, inspired by the Sacred Scriptures, gives great importance to listening. He knows that the human being must be attentive to the voice of God, of listening to him in order to discover his will and fulfill it. On the other hand, the Bishop of Hippo insists on the horizontal dimension that listening has. In the community we grow together when we are capable of listening to each other and of dialoguing.

As regards listening to God, St. Augustine would invite us firstly to know God through Christ, his Word, who always speaks.

You called and you shouted, you broke my deafness; you shone brilliantly and you healed my blindness; you exhaled your perfume and I inhaled, and I sighed for you; I tasted you and I felt hungry and thirsty; you touched me, and I was aflame in your peace (conf. 10, 38).

More than the return to the heart, a second condition for listening to the voice of God is the silence and solitude. One could not listen to God in the tumult of the world, nor in the midst of multitudes. Thus when commenting on the text of the healing of the paralytic in the pool of Bethsaida (Jn. 5:1-18) he fixed attention that the Jews had asked the cured man who Jesus was. Nevertheless he could no longer see him because Jesus had mixed into the multitude in the place. The commentary that St. Augustine makes is of great wealth and depth, since it invites us to silence and solitude to be able to listen to God.

He, in order not to be seen, hides himself among the people. It is difficult to find Jesus in the multitude. A certain solitude is necessary for our spirit. God makes himself visible when our attention achieves a certain solitude. The populace makes noise, and this vision requires silence (Io. eu. tr. 17, 11).

And the “Great Silence” is not only the title of a known film, but is the expression used by St. Augustine to refer to the necessity of silence in one’s heart in order to listen to the voice of God. Our culture and our world –even for the religious- need to rediscover the value and the need for silence, in the midst of the culture of noise, of dispersion, of quick gratification of the social media. Only in silence can one listen to the voice of God which reminds us that there is no salvation in the things of this world, but only in him, insisting on what he already had affirmed in the Confessions (1, 5) quoted in Ps 34, 3: “I am your salvation.”

The synodal process from the Augustinian perspective would imply a more profound living out of prayer in order to be capable of listening to God and to dialogue with him, because prayer for St. Augustine is nothing else than a familiar dialogue (locutio), because when we read the Scriptures it is God who speaks to us, and when we pray, we speak to God (en. Ps. 85, 4).

Thus, as St. Posidius reminds us in the first biography of St. Augustine, when the Bishop of Hippo was at table, he was more interested in conversation and listening to the brothers than in the food itself they were being served (Vita Augustini 22, 6). We too should make effort to respectfully listen to the brothers, removing all obstacles that can exist along the path of community listening.

Texts from the document “Synodality in the life and in the mission of the Church” (SVMI), of the International Theological Commission, 2018.

1. In the Synodal Church, in the free and rich diversity of its members, the whole community is convoked to pray, to listen, to analyze, to dialogue, to discern and to counsel in order to take the pastoral decisions more conformed to the will of God” (SVMI 68).

2. “To arrive at formulating their own pastoral decisions, the Pastors must then listen attentively to the desires (vota) of the faithful” (SVMI 68).

3. “Ecclesial Synodality also binds the theologians to do theology in synodal form, promoting among themselves the capacity to listen, to dialogue, to discern, and to integrate the multiplicity and the variety of the instances and of the contributions” (SVMI 75).

4. “Listening to the voice of God is learnt by meditating the Scripture, especially the Gospel, celebrating the Sacraments, above all the Eucharist, welcoming the brothers, especially the poor ones” (SVMI 109c).

5. “The dialogue structure of the Eucharistic Liturgy is the paradigm of community discernment: before listening to one another, the disciples must listen to the Word” (SVMI 109c).

From the Word to the Action.

Synodality is an invitation to listen, what impediments to listening exist in your life and in your community?

In prayer we listen to God. What importance does prayer have in my life? For me, what does listening to God mean?

To live attentive in order to listen is a style of Synodal and Augustinian life. How can you apply this to your life? What things impede you to live this process? For you, why is listening important? (mention three reasons).