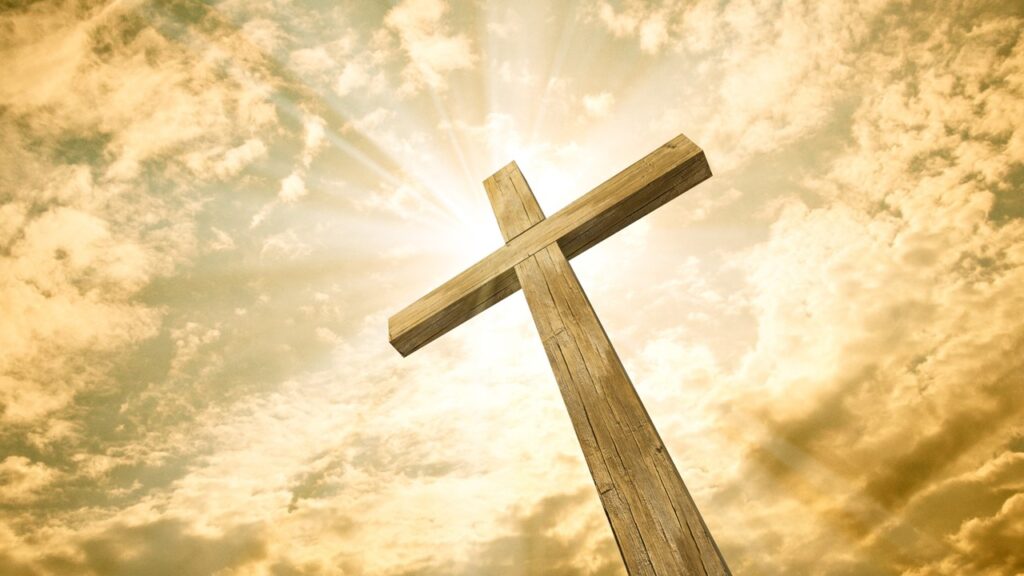 Some Sadducees, those who deny that there is a resurrection, came forward and put this question to him, saying, “Teacher, Moses wrote for us, ‘If some one’s brother dies leaving a wife but no child, his brother must take the wife and raise up descendants for his brother.’ Now there were seven brothers; the first married a woman but died childless. Then the second and the third married her, and likewise all the seven died childless. Finally the woman also died. Now at the resurrection whose wife will that woman be? For all seven had been married to her.” Jesus said to them, “The children of this age marry and remarry; but those who are deemed worthy to attain to the coming age and to the resurrection of the dead neither marry nor are given in marriage. They can no longer die, for they are like angels; and they are the children of God because they are the ones who will rise. That the dead will rise even Moses made known in the passage about the bush, when he called ‘Lord’ the God of Abraham, the God of Isaac, and the God of Jacob; and he is not God of the dead, but of the living, for to him all are alive.” +

That no one may say: “Therefore, if the incorruption cannot be possessed by the corruption, how will our body there be like?” Listen to what follows. It seems that the Apostle is being asked: “What is it you are affirming? Do we believe in vain in the resurrection of the body? If the flesh and blood will not possess the kingdom of God, in vain do we believe that our Lord rose from the dead with the same body with which he was born and was crucified and ascended into heaven in the presence of his disciples, from where he shouted to you: Saul, Saul, why do you persecute Me?” (Acts 9:4). The holy and blessed Apostle Paul found himself with these questions, he who with compassionate love gave birth to children begotten in Christ by the Gospel, whom he was still enlightening until Christ was formed in them (Gal. 4:19), i.e., until they bear through faith the image of the man from heaven. He did not want that they remain in damnation thinking that in the kingdom of God, in eternal life, they will do the same as they did in this life, i.e., give themselves into pleasure, eating and drinking, take a husband, take a wife and beget children. These are works of the corruption of the flesh, not the reality of the flesh. We are not to rise for those things, as I had already said before, the Lord left it clear in the gospel reading that we read a little earlier. The Jews certainly believed in the resurrection of the flesh, but they thought that it would be like the same life they had here. Thinking in this carnal way, they could not respond to the Sadducees, who, as regards the resurrection, put forward the following question: “Whose wife shall the woman be, who successively married seven brothers wishing to raise up descendants for his brother?” The Sadducees formed a sect within Judaism that did not believe in the resurrection. The Jews, fluctuating and doubting, could not give an answer to the Sadducees who proposed this question to them, because they thought that flesh and blood could possess the kingdom of God, i.e., that corruption could possess incorruption. Truth has arrived, the Sadducees, deceived and deceiving, ask the Lord proposing the same question. The Lord, who knew what he was saying and desired that we believe what we did not know, responds with the authority of his majesty, what we should believe. The Apostle explained it in the measure granted to him; we must understand it as much as we possibly can. What then did the Lord say to the Sadducees? You err for not understanding the Scriptures nor the power of God. In the resurrection, they do not marry nor do they take wives, they do not die, but they shall be like the angels of God. Great is the power of God. Why don’t they marry nor take wives? Because they will not die. Every successor succeeds someone. There will be no such corruption there. And the Lord passed through all the stages of age, from infancy to youth, because as yet he bore the mortality of the flesh; after the resurrection in the same age that he had at burial, shall we believe that he will grow old in heaven? He said, they will be like the angels of God. He removed what the Jews suspected and he refuted the calumnies of the Sadducees; because the Jews surely believed that the dead had to rise, but they thought carnally as regards the works for which they would rise again. He said, they will be like the angels of God. You have heard that it refers to the power of God; listen to it also in the Scriptures. Have you not heard, as regards the resurrection, how the Lord spoke to Moses from the bush, telling him: “I am the God of Abraham, the God of Isaac, and the God of Jacob”? He is not a God of the dead, but of the living (s. 362, 18).

I propose to you some points of affective interior contemplation. Once again you need not follow all of it, rather you can choose what fits your personal experience.

b. Contemplate the life of heaven manifest in the angels who praise God without end. Be one with them in their loving and contemplative praise and live a moment of prayer of heavenly praise.

Think of everything that you can share with those around you about the experience you had with God, especially about the living God and not God of the dead, about the happy life that awaits us in the kingdom of heaven. The following points can help you share with your community the experience of the lectio divina on the text.

Turning towards the Lord: Lord God, Father Almighty, with pure heart, as far as our littleness permits, allow us to give you our most devoted and sincere thanks, begging with all our strength from your particular goodness, that you deign to hear our petitions according to your goodwill, that by your power you may drive away the enemy from all our thoughts and actions, that you may increase our faith, govern our mind and give us spiritual thoughts and bring us to your happiness, through your Son Jesus Christ, our Lord, who with you lives and reigns in the unity of the Holy Spirit, God forever and ever. Amen (en. Ps. 150:8). +