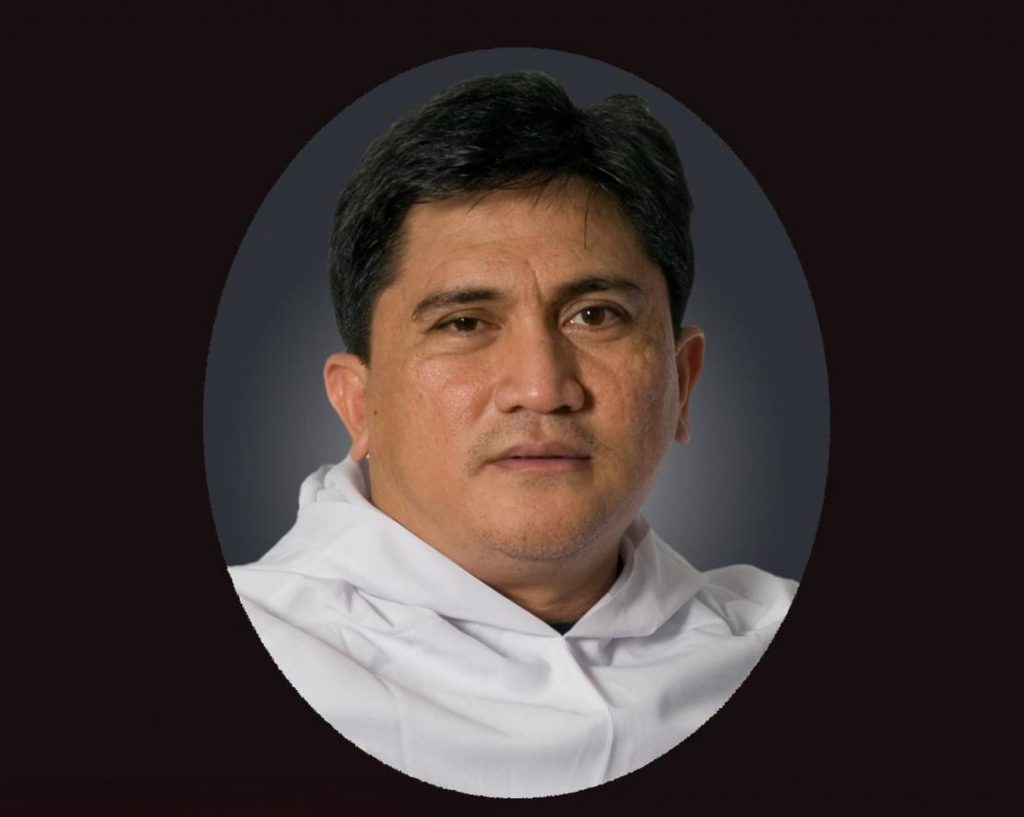 TO ALL MEMBERS OF THE AUGUSTINIAN RECOLLECT FAMILY

We would like to notify you that we “sadly lost” another brother on the eve of the feast of the Divine Mercy, on April 10, 2021, when FRAY CARMELO VILLAGONZALO BORCES, OAR, breathed his last at the Ospital ng Palawan in Puerto Princesa City, Palawan after succumbing to Covid-19. He was 55 years old.

Father Borge, as we endearingly call him, was born on May 16, 1965 in Pandacan, Manila. When his family moved to Cebu, he finished his basic education there: his elementary (197177) at St. Joseph Academy in Mandaue, and his high school (1977-81) at Pope John XXIII Minor Seminary in Mabolo, Cebu City. He then proceeded to take up philosophical studies at San Carlos Seminary College, also in Mabolo, until 1985. But his discernment ushered him into the Augustinian Recollect way of life such that, after a year of aspirancy and postulancy (1985-86) at Seminario Mayor-Recoletos (now, Casiciaco Recoletos Seminary) in Baguio City, he was able to join the other 12 seminarians who would comprise the second batch of novices at the Recoletos Formation Center (RFC) in Miranila, Quezon City.

By donning the Recollect habit on April 26, 1986, he officially started his novitiate, and on April 25, 1987 – “the first time that the Philippines had the most number of young men who made their profession [to the Recollect Order]” – he pronounced his simple profession of vows which Fray German Chicote, OAR, Vicar Provincial, received on behalf of the Prior General. In the same compound of RFC, he immersed himself in a four-year program of theological formation. On June 17, 1990, he made his solemn profession of vows, held at the nearby Our Lady of Consolation Parish Church. It was also in this same church where he was ordained a deacon on October 20, 1990, and received the holy order of presbyter from the hands of Archbishop Gian Vincenzo Moreni, apostolic nuncio to the Philippines, on August 25, 1991.

As a religious and priest, his assignments were basically pastoral in nature. From 1991 to 1994, he was the Parochial Vicar of the San Nicolas Tolentino Parish in Talisay City, Negros Occidental. Then, from 1995 to 1997, he was appointed as Parochial Vicar of the San Sebastian Parish, in Quiapo, Manila. For the next three years since 1997, he took his leave of absence.

When he came back in 2000, he stayed at the St. Ezekiel Moreno Provincial Center in Quezon City as a resident religious in order to complete his reintegration program. In 2004, he was appointed Parochial Vicar of the Immaculate Conception Parish in Iligan City, Lanao del Norte (Mindanao). From 2005 to 2006, he was appointed Parochial Vicar of the Our Lady of Mt. Carmel Parish-Recoletos in Cebu City.

In 2006, Father Borge worked as a volunteer missionary in Pauiní, Amazonas, Brazil, which was meant to continue our interprovincial collaboration with the Province of San Nicolas. When he came back in 2007, he was assigned in the Recollect community of Our Lady of Mt. Carmel Parish in Inagawan, Puerto Princesa City where he became the appointed Parish Priest from 2009 to 2010. We also note that since 2009 up to 2016, he served as PriestChaplain of the Inagawan Sub-colony, and for three consecutive years, from 2016 to 2019, he was granted the indult of exclaustration, which he spent serving as Priest-Chaplain of the Iwahig Prison and Penal Farm, at Inagawan Sub-Prison (Puerto Princesa City).

Having exhausted the maximum of three years of exclaustration, he petitioned to leave the Order. Acknowledging with honesty his difficulty to comply with the demands of religious life in general, and to adhere to the Augustinian Recollect charism in particular, he told the Prior General: “I want to serve God through my priesthood in the diocesan way of life.” Then, in his succeeding letters, he was very specific: “to offer the rest of my priestly life to the Apostolic Vicariate of Puerto Princesa” and “to serve Him [God] among our PDL [Persons Deprived of Liberty] brothers in Inagawan Sub-Prison.”

On November 19, 2019, the Congregation for Institutes of Consecrated Life and Societies of Apostolic Life granted him an indult to leave the Order and, at the same time, the probation period of, at the most, five years prior to his full incardination in the Apostolic Vicariate of Puerto Princesa. Meanwhile, he continued to be the Priest-Chaplain of the Iwahig Prison and Penal Farm until the moment of his death.

Father Borge has somehow opened up to us his own restless journey, one that is also in search of what can truly satisfy the deepest longings of every human heart. Despite his own imperfections and struggles, he was true to his desire to offer the rest of his priestly life in the prison ministry, with the hope that this can be pleasing and acceptable to the Author of his vocation.

Let us, then, pray that Jesus, the King of Divine Mercy, who once said: “Amen, I say to you whatever you did for one of these least brothers of mine, you did for me” (Mt. 25:40), grant to our brother eternal rest and a merciful welcome to his heavenly Kingdom.