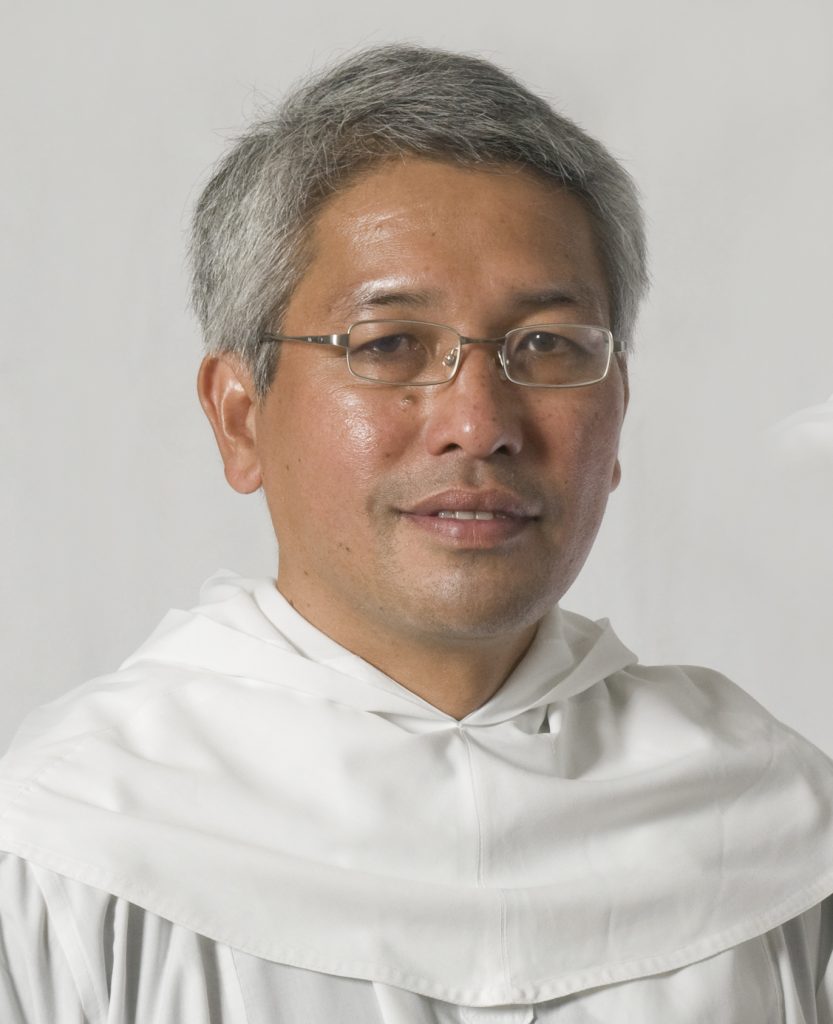 “Across the barrier of death, and in configuration with Christ who died and rose again,
the communion of love, begun by the brothers on earth, will reach its fullness in heaven,
where all will be one in Christ.” (OAR Const. 93a)

It is my sad duty to formally notify you of the passing of our brother, FRAY MANUEL MACARAT LIPARDO, OAR at 1:37 in the afternoon of April 10, 2022, Passion Sunday. He died of sepsis and multiple organ failure after almost three weeks of confinement at the Perpetual Succour Hospital in Cebu City. He was 60 years old.

“Father Maning” (or Manjie to his contemporaries) was born on December 6, 1961 in Cebu City. He finished his basic education at Tisa Elementary School, in Labangon, in 1975, and at Colegio de Santo Tomas-Recoletos in San Carlos City, Negros Occidental where he completed, as a seminarian, his high school in 1979. In the latter, he was a fourth year transferee from what was then Colegio de San Jose-Recoletos (now USJ-R) where he first entertained the dream of becoming one of those “black belters” he had frequently met in San Jose campus. He proceeded to enter Seminario Mayor-Recoletos (now: Casiciaco Recoletos Seminary) in Baguio City for his aspirancy and postulancy and, in 1983, he earned here his A.B. Philosophy. On June 15 of that year, along with 10 companions, he was formally accepted to the novitiate stage which was then housed in the same seminary in Baguio. Almost a year after, on June 10, 1984, he pronounced his simple profession of vows at the seminary’s Our Lady of the Pillar chapel and in the presence of Fr. German Chicote, OAR, vicar provincial. In few weeks’ time later, he was among the nine Filipino newly-professed Recollects who flew to Spain for their theological formation.

On October 24, 1987, Father Maning made his solemn profession of vows at the Augustinian Recollect Theological Seminary in Marcilla, Navarra (Spain). The following month, on November 13, in this same historic place, he was among the 10 friars who were ordained deacons by the Recollect bishop, Most. Rev. Justo Goizueta, OAR, D.D. His group is dubbed as “los ultimos de Filipinas” because they were the last batch to be ordained in this Iberian nation. In fact, his presbyteral ordination together with his five classmates on October 6, 1988, with Most Rev. Manuel Salvador, then coadjutor archbishop of Cebu, as the ordaining prelate, was already here in Cebu City, exactly in the very church where he now lies in state.

As a religious for more than 37 years and as a priest for more than 33 years, Father Maning is among the few who have seen for themselves the highs and lows of the four major areas of our apostolate: school, seminary, mission, and parish.

Right after ordination in 1988 up to 1994, he lived and worked in the Recollect community of San Sebastian College-Recoletos, Manila, holding various capacities: Athletic Moderator, Property Custodian, and School Treasurer. Then, for two years, from 1994 to 1996, he was at Casiciaco Recoletos Seminary, Baguio City, as a member of the Chapter of Formation and as the local procurator.

The next 16 years of his life (1996-2012) would be dedicated to foreign mission. In 1996, he was among the missionaries sent to Kamabai, Sierra Leone (West Africa) to compose the pioneering Recollect community. But their stay was only interrupted and cut short in 1998 by the unremitting civil war. Fortunately, Father Maning, along with his confreres, was able to safely got out of that chaos, and for his part, he was able to fly back to the Philippines, arriving on January 14, 1999. After some months of break, he volunteered to work in our mission station in Labrea, Amazonia, Brazil where he worked from November 1999 up to 2006. Then, from 2006 to 2012, he returned to our Sierra Leone mission where he was the local prior of the Recoletos de Kamabai community the whole time, and the appointed parish priest of Our Lady of Sierra Leone Catholic Mission since 2009.

The ensuing two triennia (2012-2018) saw him working at the St. Ezekiel Moreno Novitiate-Recoletos in Antipolo City where he was the local procurator, spiritual director, ordinary confessor. In the provincial level, but only from 2012-2015, he was the Chairman of the Commission on Mission and a member of the Commission of Finance and Resource Mobilization-Recoletos.

From 2018 until his death, Father Maning was assigned at the Our Lady Mt. Carmel Parish in Inagawan, Puerto Princesa City, Palawan. He was the local prior of the community and, for a time, the parochial vicar of San Rafael Parish in the nearby Plaridel, in Aborlan town. Father Maning is among those friars with unassuming and simple personality. He may not be in the frontlines but he surely works silently and productively, unperturbed by whether his accomplishments would be acknowledged or not. Anyone who would listen to him as he articulates his thoughts, especially on matters concerning religion and spirituality, would be awed by the depth of his points of view. He could be passionately engaging as well when it comes to sports and politics, for instance. And in practically all things, he does not lose his patience easily.

His respect towards the proper authority regardless of the latter’s age or precedence by profession is admirable. A local prior of the community where he stayed and who was much younger than him recalled how Father Maning would humbly accept fraternal corrections.

Father Maning must have set on a lampstand the lamp of his consecrated life wherever he was assigned. As one of his formands who later became his confrere and companion in Sierra Leone would put it, in a heartfelt eulogy posted on his Facebook page: “I would look up to him as my own father. […] I was glad that I knew somebody … is taking this religious so seriously.”

May Jesus, our Savior, who triumphantly entered into Jerusalem welcome our brother, Father Maning, into the heavenly Jerusalem where he will receive the eternal reward promised to those who remain faithful to Him until the end. May the soul of our brother rest in peace. Amen.